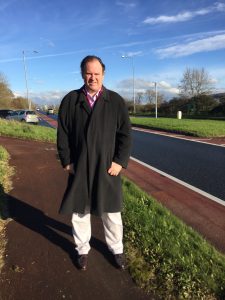 I have sent out the following email to all who signed the online petition for the roundabout at the junction of the A59 and Pendle Road.

Dear friend,
Over the weekend I have received some bad news and I am fuming!
Work on the roundabout at the junction of Pendle Road and the A59 is not going to start until April 2018.
The reason for this would seem to be that they cannot go ahead because the mini-roundabout accessing the site has not been built yet.
The original plan was that the mini-roundabout was meant to be started in April this year, with the main roundabout starting in July. END_OF_DOCUMENT_TOKEN_TO_BE_REPLACED

Tonight, at a campaign rally in Germany, Chancellor Angela Merkel has reportedly said that Europe can no longer “completely depend” on the US and UK following the election of President Trump and Brexit.

“The Prime Minister has allied herself with Donald Trump and these comments are the inevitable outcome.

“It doesn’t have to be this way, a vote for the Liberal Democrats can change Britain’s future and we can avoid this extreme Brexit that Theresa May is pursuing, with the full support of Jeremy Corbyn’s Labour party.”

An announcement by the Labour Party tonight that it would invest £45bn in the NHS and social care over five years as well as protect pensions could be rendered meaningless by Brexit, Liberal Democrats have said.

Treasury analysis from 2016 estimated that the form of Brexit supported by the Labour and Conservative parties – a negotiated bilateral agreement as opposed to membership of the single market – would rob public services of £36bn EACH YEAR. A botched Brexit could cost the Exchequer up to £45 billion a year. The government has neither formally rejected this analysis nor commissioned new figures since the referendum. END_OF_DOCUMENT_TOKEN_TO_BE_REPLACED 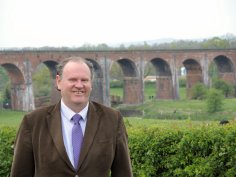 The Liberal Democrats have launched their manifesto plans today for a brighter future, with pledges to reverse Conservative cuts and increase funding for the NHS, schools and police.

The Party’s landmark policy would give the people the final say on the Brexit deal which would include the option to remain in the EU.

The Liberal Democrats would put a penny on income tax for health and care would raise £30m for the NHS in East Lancashire, enough to fund 179 more nurses. END_OF_DOCUMENT_TOKEN_TO_BE_REPLACED

Commenting on figures published by the Electoral Reform Society, whose analysis shows the number of school leavers on the electoral roll has dropped by more than a quarter in three years, Cllr. Allan Knox said:

“Young people’s wishes have been swept under the rug since the EU referendum when 75% voted to remain. At a time of monumental political change, many feel hurt, ignored and powerless. END_OF_DOCUMENT_TOKEN_TO_BE_REPLACED

Responding to David Cameron’s suggestion that Theresa May needs a large majority “to stand up to people who want an extreme Brexit”, Liberal Democrat Allan Knox said:

“Saying Theresa May needs a landslide to stop an extreme Brexit is like saying a bank robber needs the keys to the safe to look after the cash. END_OF_DOCUMENT_TOKEN_TO_BE_REPLACED 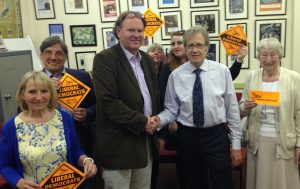 Speaking at a meeting in Mellor Brook on Wednesday night (10/05/17) former Ribble Valley Lib Dem MP Michael Carr helped launch Allan Knox’s 2017 campaign to win the seat for the Lib Dems.
At the meeting Michael Carr said: “Allan has a proven record of success locally in the Ribble Valley and would make a fine MP.
“Since the advent of the EU and the single market; the nations of Europe have lived in peaceful and prosperous harmony. Where once our fathers and grandfathers were fighting two world wars within 30 years, we now have a continent at peace. Where once we had fascists running Spain, Portugal and Greece, and the communist dominated Eastern Europe; now we have a democratic continent, that has prospered especially since the introduction of the single market
“Put quite simply Theresa May’s hard Brexit, threatens all that.”
Allan Knox said: “There is no doubt that there is nothing that the Tory Brexit plans makes better. We will all be poorer due to not being in the single market. We will all be poorer because we will lose the positive income that the Exchequer receives from EU nationals. We will all be poorer because we will be living in an inward-looking country, not an outward one.”

22,280 pensioners living in Ribble Valley will receive at least an extra £772 per year under Liberal Democrat manifesto plans to protect the ‘triple lock’ for state pensions.

Thanks to the triple lock guarantee, secured by the Liberal Democrats when they were in government, the basic state pension has risen in each year by whichever is the higher of earnings, prices or a rate of 2.5%. However, the Conservatives have refused to guarantee whether the triple lock will continue, raising fears it could be scrapped. END_OF_DOCUMENT_TOKEN_TO_BE_REPLACED

Ribble Valley Borough Council is advising that the following road closures will be in operation on Tuesday 21st March as part of the security operation surrounding the visit of the Prince of Wales. They say the following:

Business owners and residents of Clitheroe Town Centre are advised that on the morning of Tuesday, 21 March entry to the following roads will be closed from 7am that morning to facilitate the security operation:
Castle Street, King Street, King Lane, New Market Street to the Market car park.
Railway View Avenue will be access only from Railway View Road.
At approximately 9.45am Moor Lane and Parson Lane will also be closed.
It is also requested that all vehicles are removed by 6am; parking will be not be permitted on the following roads: Moor Lane, Castle Street, King Lane taxi rank, King Street, Market Place and New Market Street as far as the Market car park.
It is anticipated that things will return to normal around 11.30 am. Apart from Castle Street which will remain closed until early afternoon.
Please can all businesses and shop owners also ensure deliveries are re arranged during these times to accommodate the operation. If you require any further information regarding these arrangements please contact Mark Beveridge on 01200 425111.

On Monday the Labour party had one of its biggest meltdowns yet. Voting for, then against the amendment to protect the rights of EU citizens who already live in the UK to stay here – there are 1,722 here in the Ribble Valley. END_OF_DOCUMENT_TOKEN_TO_BE_REPLACED